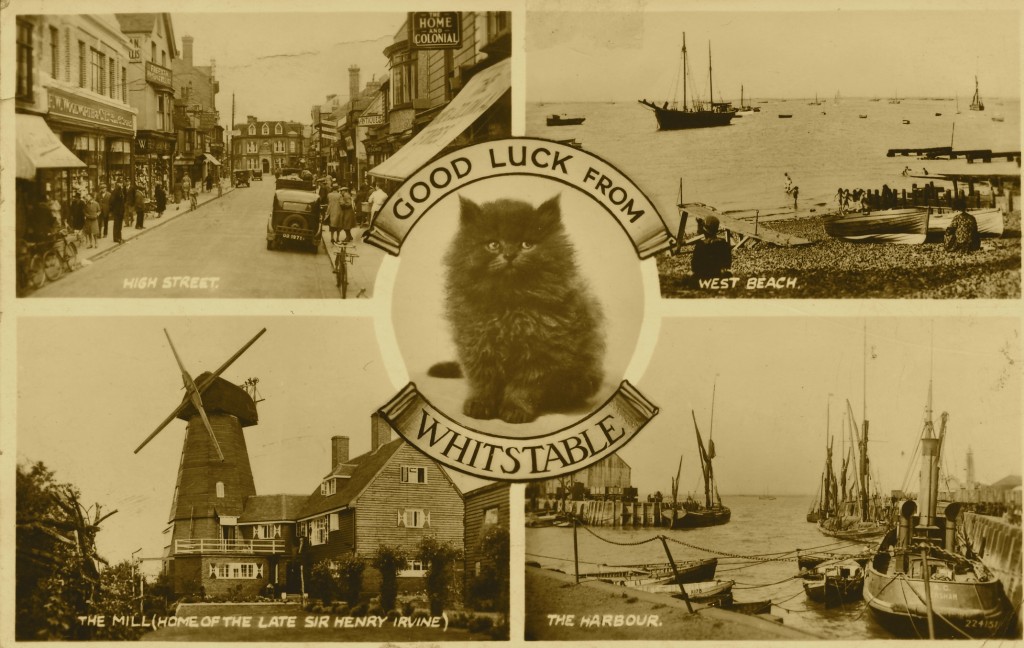 Whitstable is unique in East Kent.  It still supports independent retail shops and the shore gives great pleasure through all the seasons.

The three black & white photos below are form the Andy Smith collection. 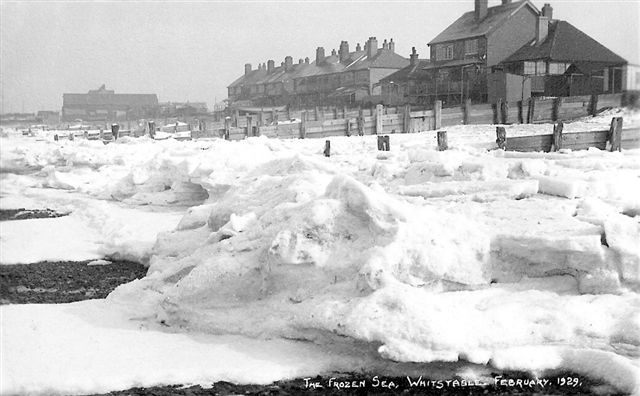 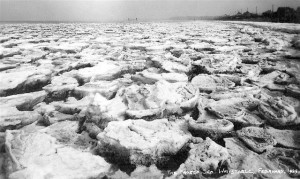 1929 the year the sea froze. With global warming I wonder if we will ever see a scene like this again.  Nature is a great leveller and I expect she will deliver an extra cold winter before too long. 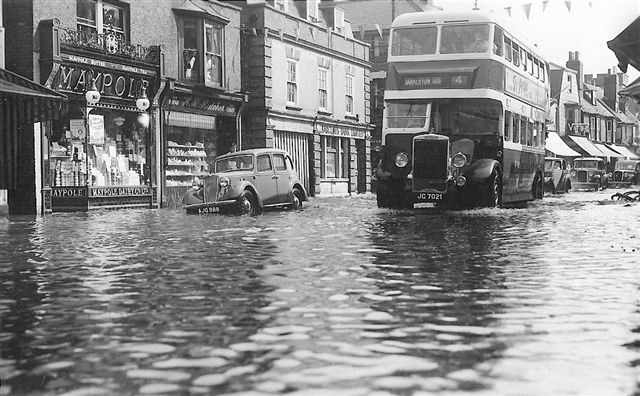 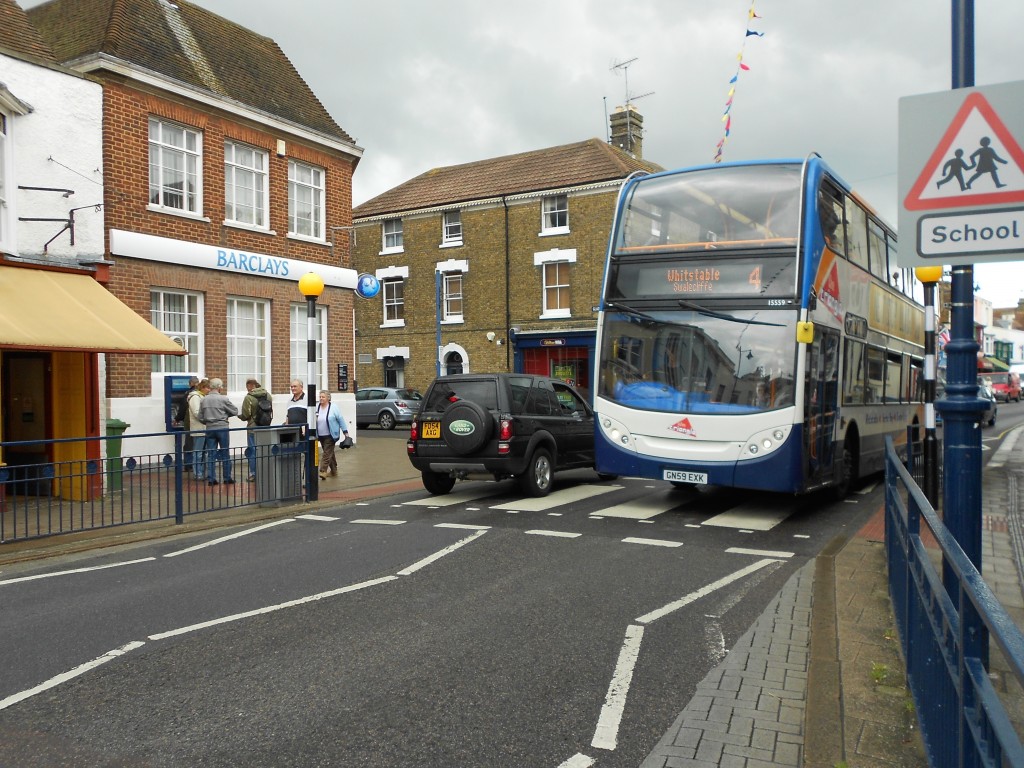 Would this vehicle have handled the water?

The harbour is the life blood of the town and has a rich history. 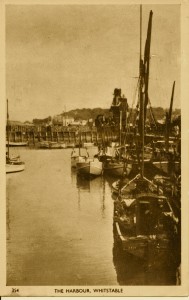 The postcard is from the Marion Datlen collection and shows an early asphalt plant, still on the East Quay and a very different style of vessel compared to todays visitors. Some of those sailing vessels, would have been built in Whitstable, two examples are the Mary Annie (or maybe Ann) and the Prince Consort, believed to be owned by James Boughton. 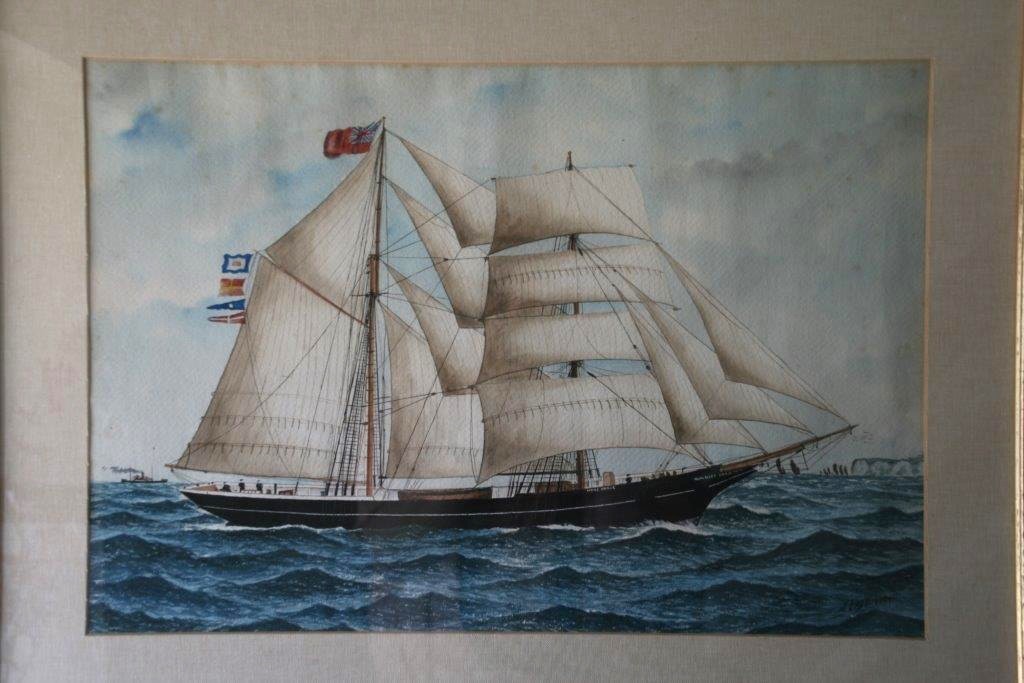 Mary Annie, pictured below, which is how she is known to the owners family. However the publication, The Merchant Ships of Whitstable by Wallace Harvey, only mentions Mary Ann. Mary Annie can be positively traced to Hartlepool in 1909.  The painting shows a clipper bow, whereas the pictures of the two Mary Ann’s in Wallace Harvey’s book have straight.  Another vessel in the book is the Mary Ann  Gann, which has a clipper bow.  A mystery for the family, can anyone assist? 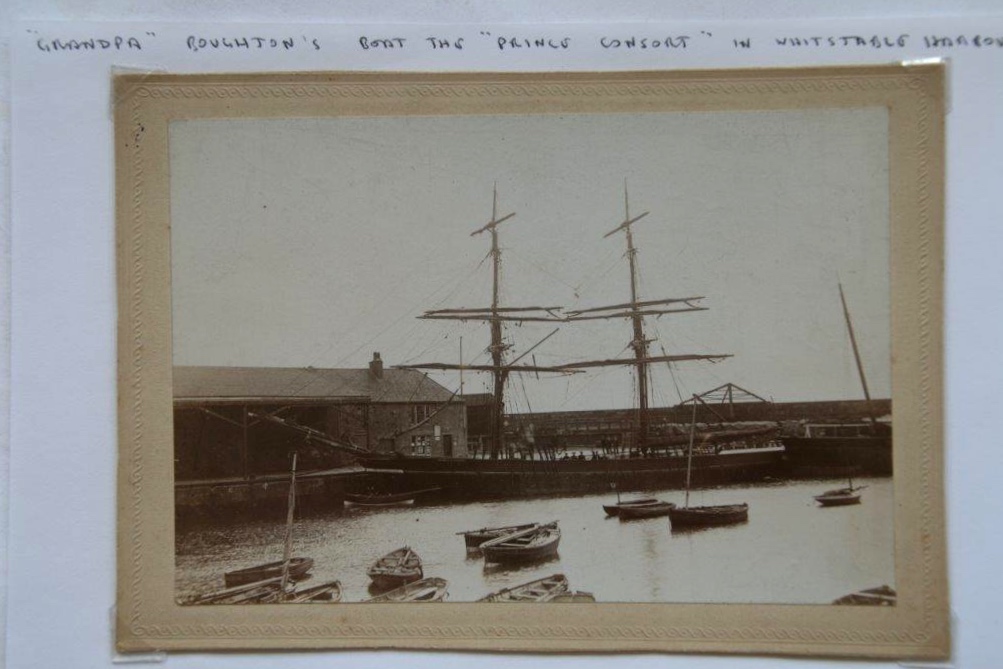 Prince Consort built 1862 at Aberdeen by I Duthie & Sons, alongside Whitstable Harbour prior to 1901, when she became a total loss on the South Gare breakwater, River Tees.  Information taken from Wallace Harvey’s book The Merchant Ships of Whitstable, ISBN 1 871716 03 9.

Both of the above, painting (Mary Annie) and photo (Prince Consort) kindly provided by the Harris family, for which I am very grateful.

In latter years the famous Thames barges were prevalent in the harbour and with the first commercial railway running from Canterbury to Whitstable (Crab & Winkle Line) direct onto the quay was quite remarkable for a relatively small port. It is now home to one of the Brett Groups Asphalt Plants, which imports it’s aggregates by sea, thus keeping the port fully operational and commercially viable. 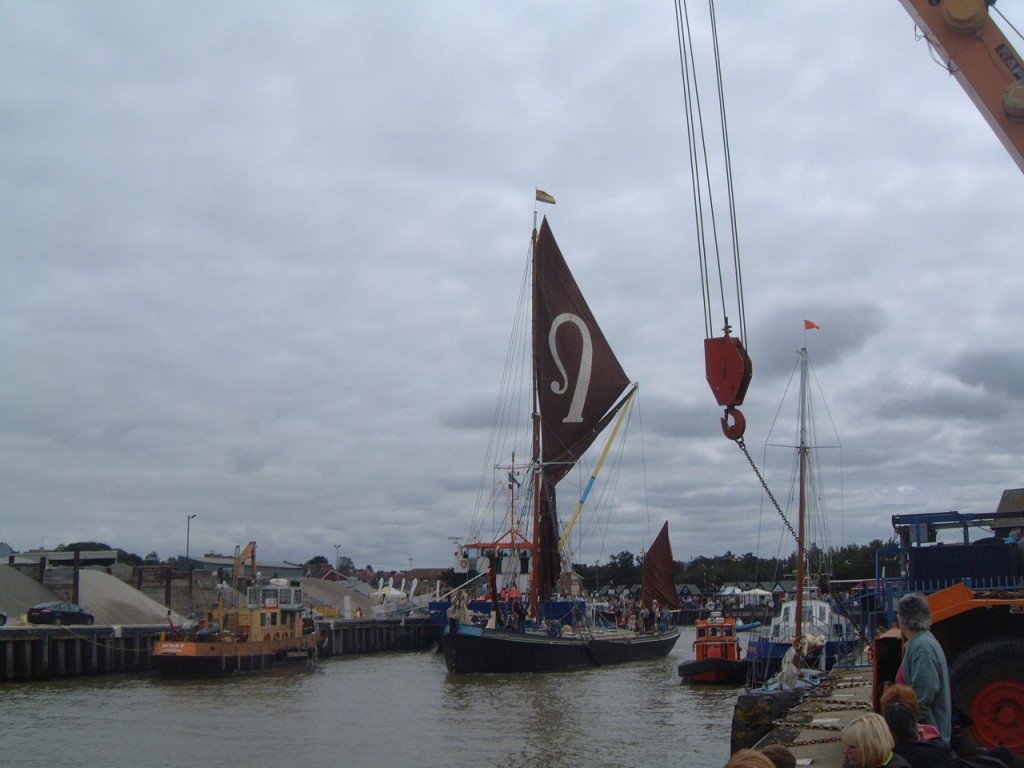 Above is pictured the Greta, which is over 120 years old, is departing Whitstable Harbour July 2011.  Click on the picture to read all about her.  Prior to the harbour facilities vessels would have been off-loaded on the beach, thus the area known as the Horse Bridge.  This type of operation was the norm around our coast and with the vagrancies of the sea was a rather dangerous occupation to say the least.  Health & Safety Executive would have had a field day. 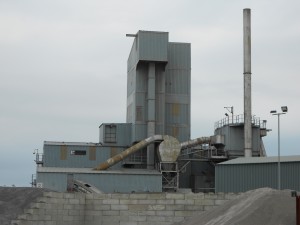 Brett Group’s Asphalt Plant, which  although it may not be pretty it breaths life into the port.  It is also a testament to Rustoleum Coatings (paint) as it is now well over 20 years old and looks excellent despite the marine environment it lives in.  There is quite a contrast with harbour facilities from Black-Top for roads to Oysters for gourmets. 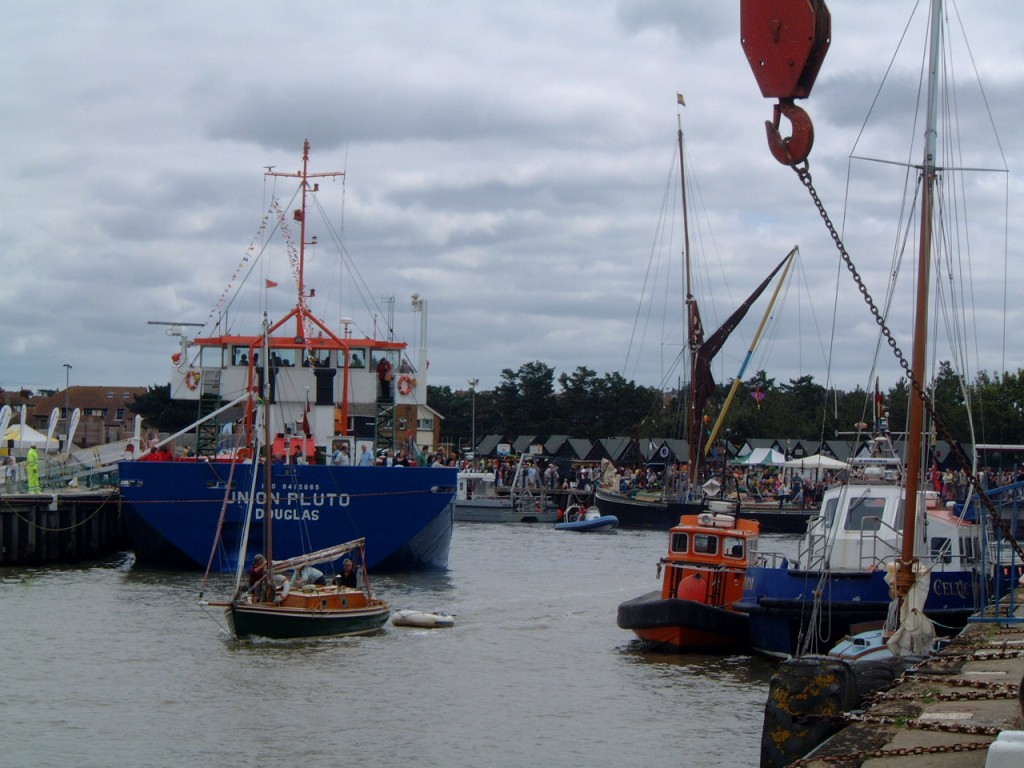 Harbour Day in July is always popular.  The M.V. Union Pluto is alongside the East Quay and open to the public. There is always plenty of action in and around the harbour.  Thames Barge Greta is preparing to depart, which delayed the arrival of M.V. Balmoral. 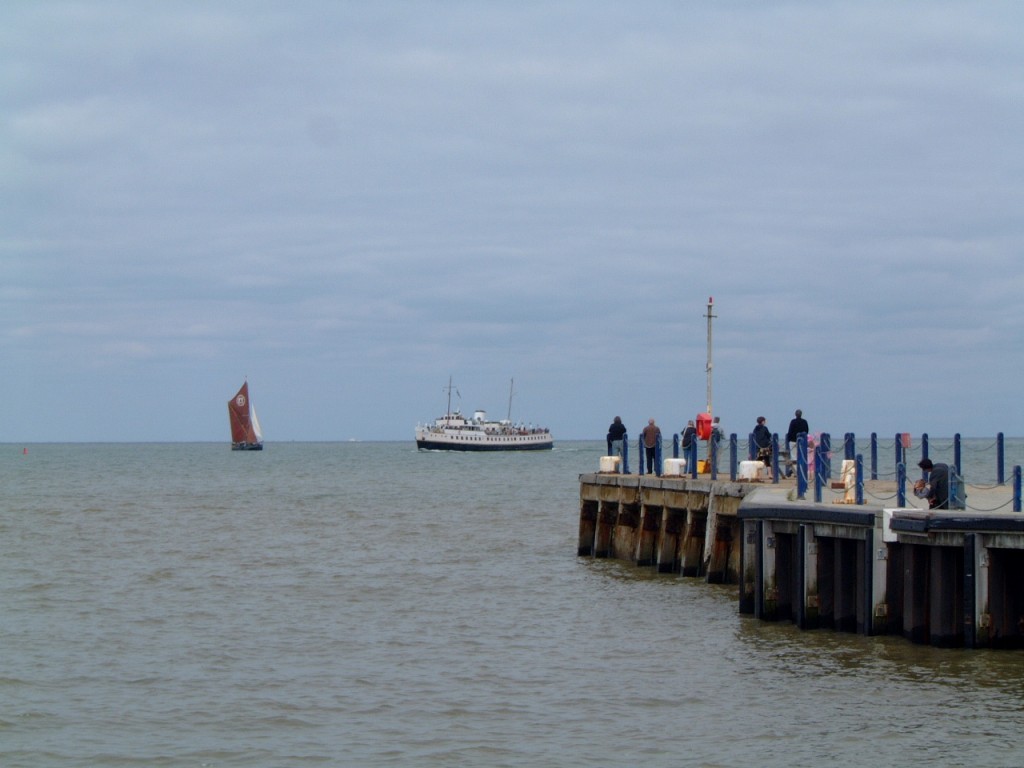 M. V. Balmoral making way into the harbour with the Greta having passed across her bow, 30th July 2011. 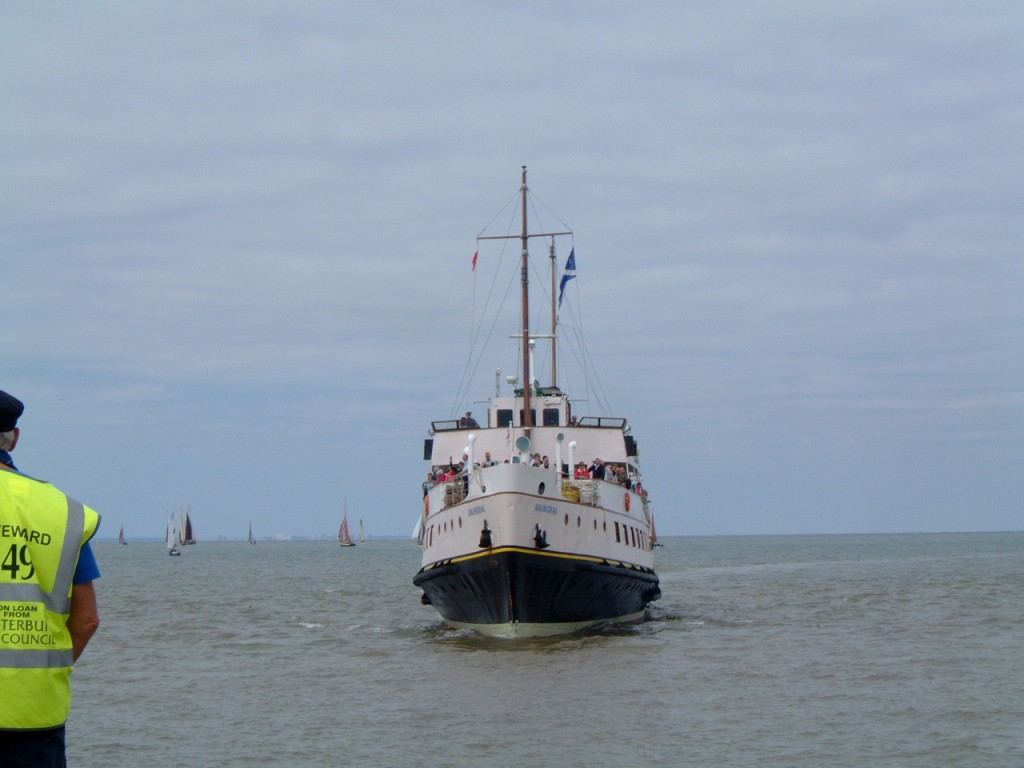 M.V. Balmoral coming alongside having departed Margate earlier.  The author and his wife embarked for a cruise to Tower Pier via Southend. 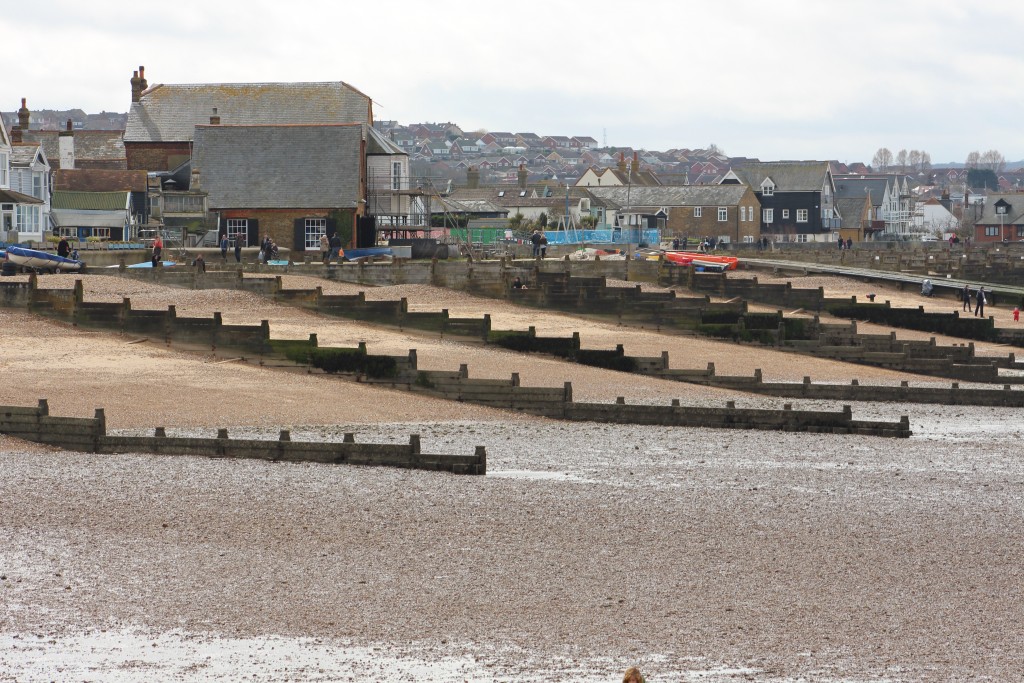 Yacht Club and Horse Bridge viewed from the West Quay. 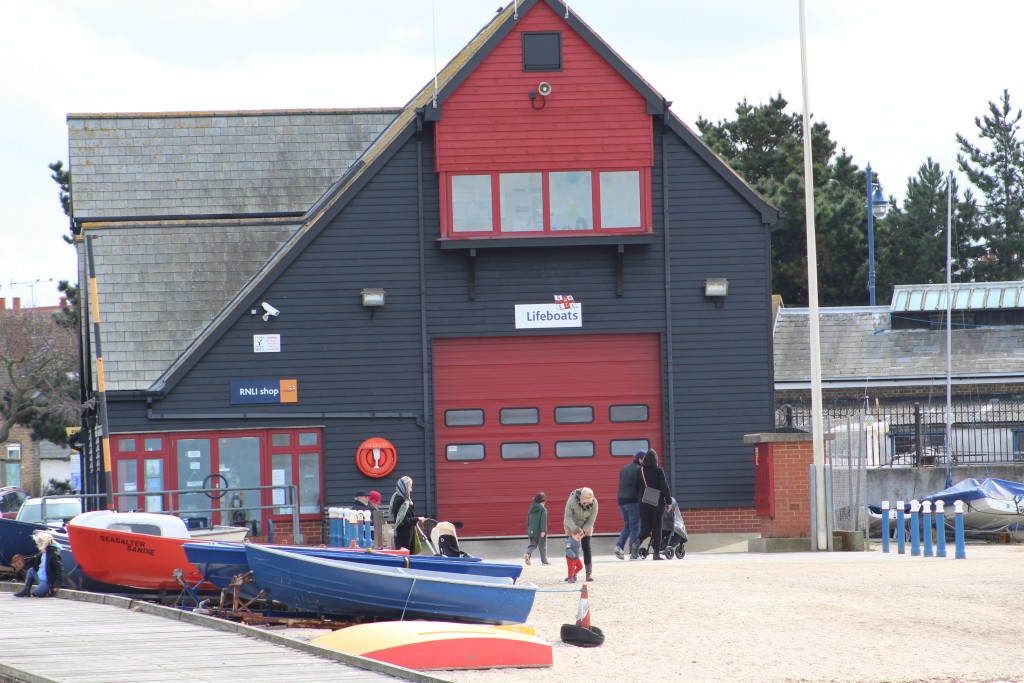 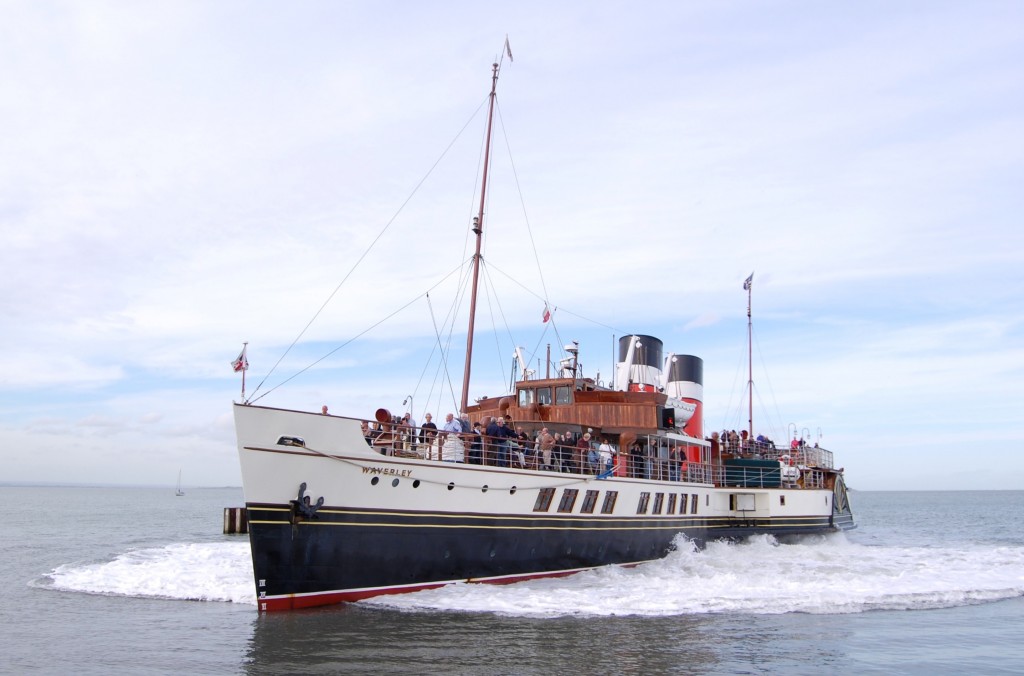 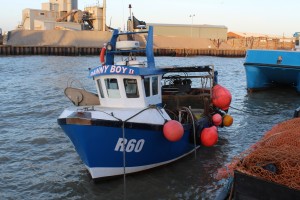 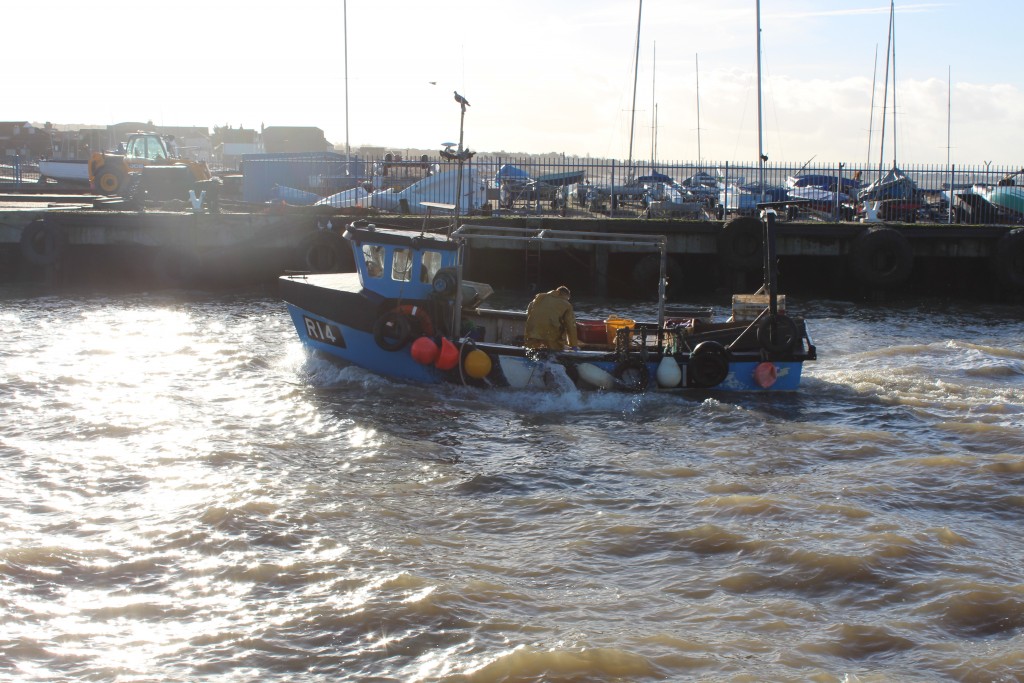 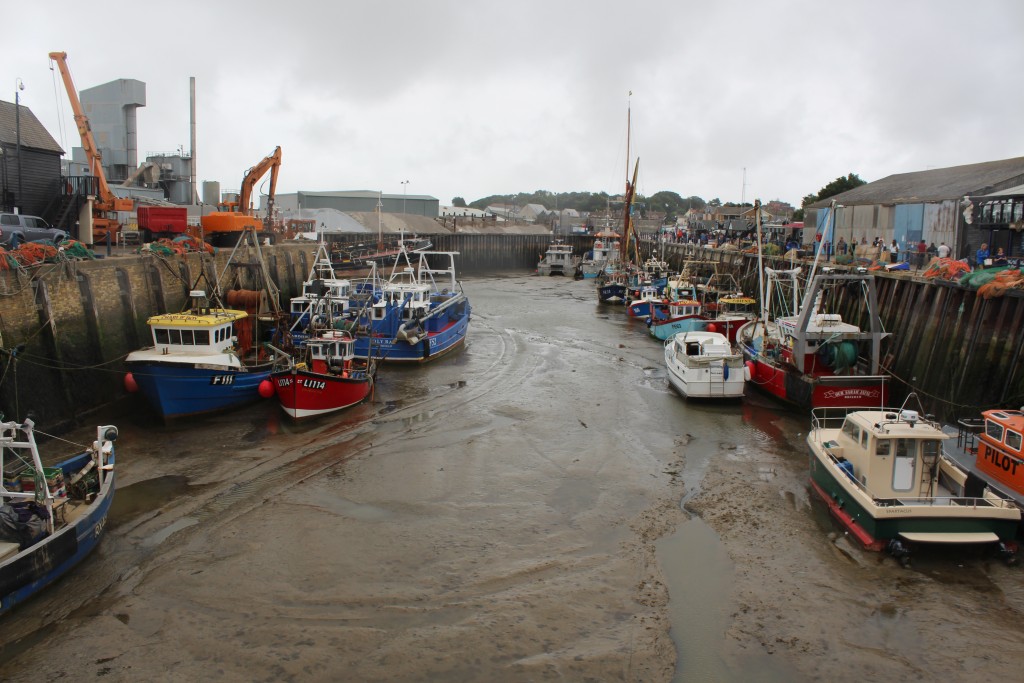 The harbour is not only a working  commercial operation but is also recreational with market stalls, restaurants and fish market. It provides a safe haven for a wonderful, small, but important fishing fleet, which help provide the glorious ambience.