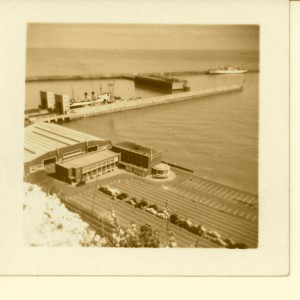 What a transformation the Port of Dover has gone through from very small beginnings with Roll-on Roll-off (RoRo) traffic to todays massive movements of vehicles.  In the picture, circa 1955, the submarine pens in the camber were still in use, now lost to reclamation. Although the pens were built and used for Submarines they were mainly used for Motor Torpedo boats during the wars and berth one was the home of the RNLI lifeboat for many years. The vessel in the picture is believed to be the British Railways SS Dinard built 1926 1,769 Gross Tons and could deliver a respectable 19.5 knots. Notice the number of cars waiting to load, which would have been a full load. Compare the Dinard to today’s Spirit class vessels and it’s been quite a journey. The view of the Eastern Docks 2016 shows the scale of development, the original curve fronted building can be seen in both pictures. 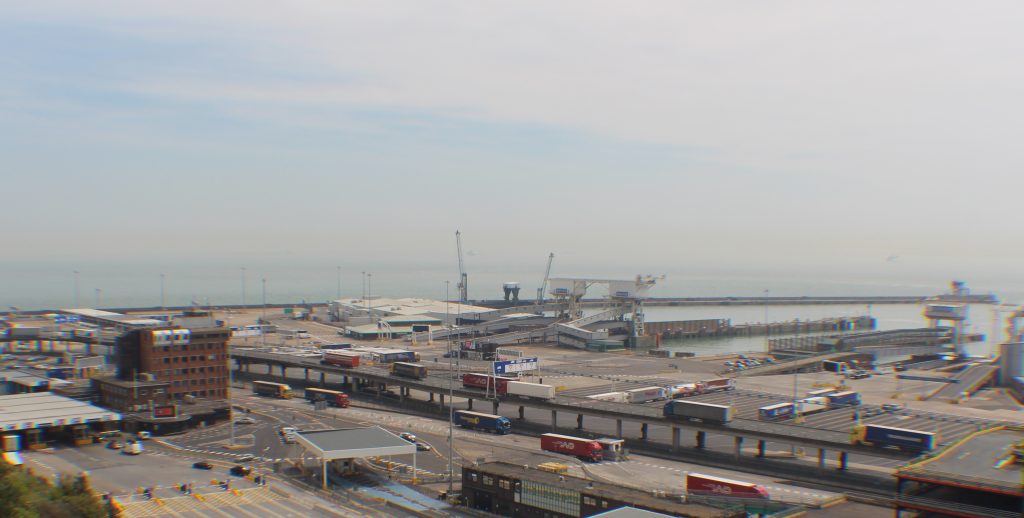 The following pictures show Townsend’s Free Enterprise 2 loading, September 1972, with the M.V. Autocarrier (previously the GSNC Royal Sovereign converted from a day pleasure cruiser) moored in the camber.  Picture taken from the arriving SNCF Compiegne. Townsend’s were progressive moving the RoRo business on by providing a better on-board experience and had vessels that could take Trucks, at a time when British Rail, SNCF and Belgium Marine were still building car only ferries. 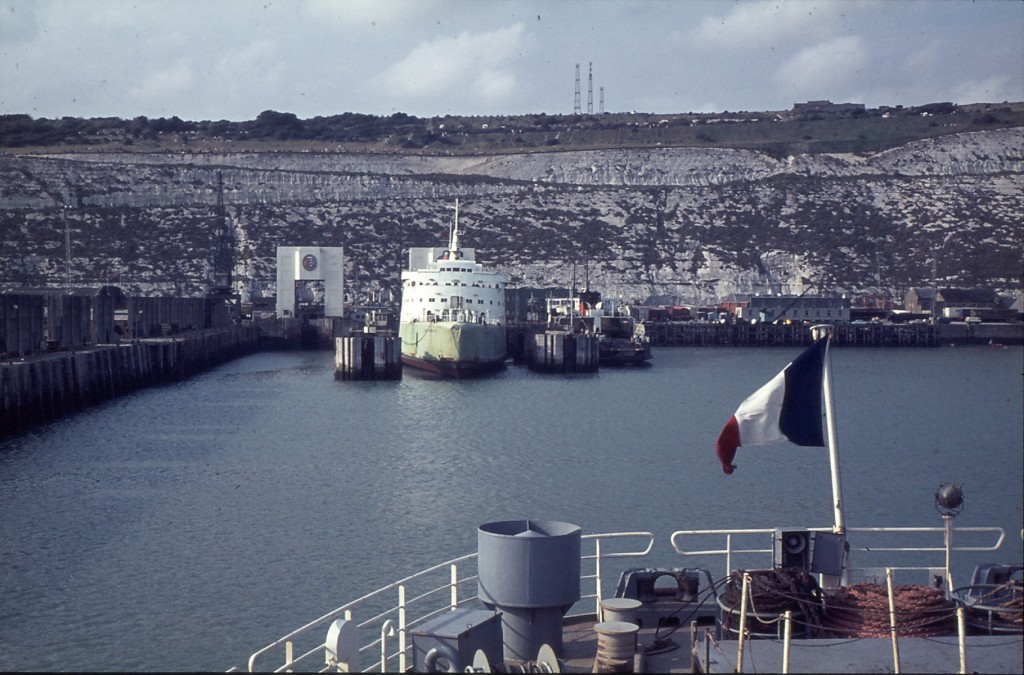 For more information on the Autocarrier visit the Ramsgate page.

The ferry business has been transformed with vessels increasing in size & improved facilities on-board. P&O’s Spirit of Britain (seen below) built by STX Europe at Rauma, Finland.  She is 47592 Gross Tonnage and has a length of 213 metres and a beam of 31 metres. 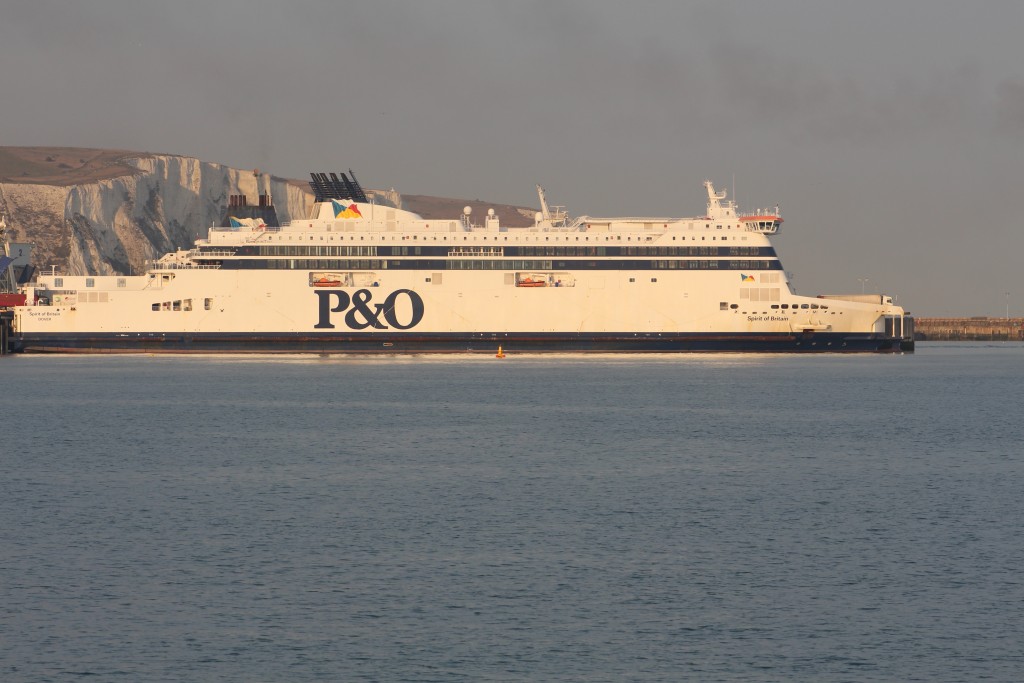 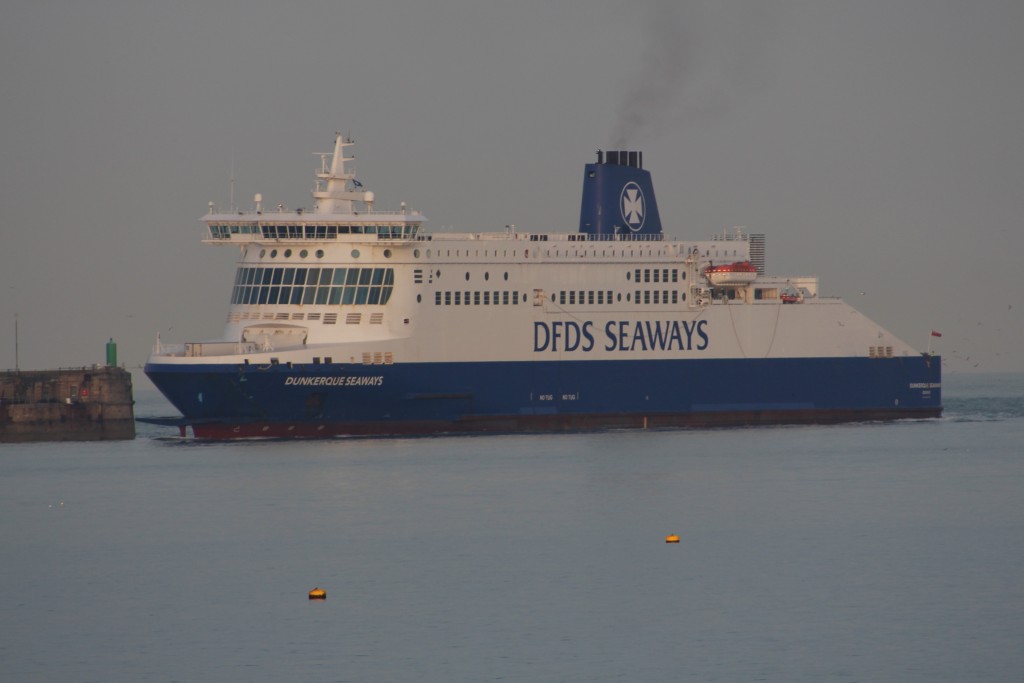 MyFerryLink has long disappeared after a rather acronymous dispute by the French Crew with their two vessels eventually transferring to DFDS, the  Rodin becoming the Cote des Dunes & the  Berlioz now the Cote des Flandres. 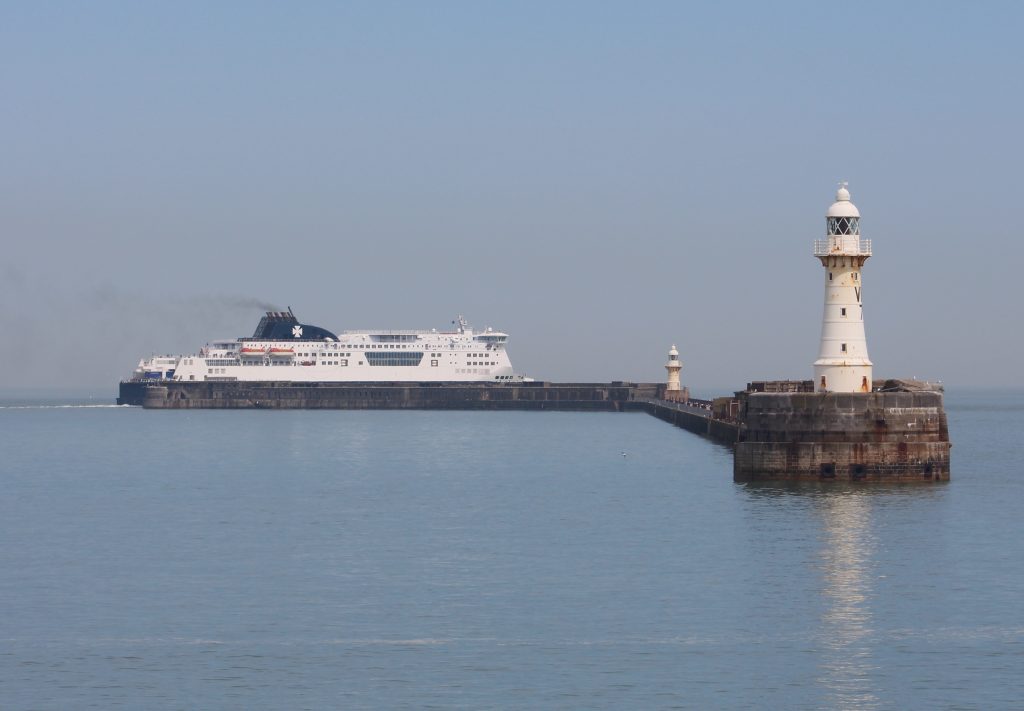 As vessels have grown so has the operation. Compared to the early days of RoRo there are now 8 link-spans and trucks and coaches fill the vessels alongside cars, vans & caravans. It’s all a long way away from the Steam Packets taking vehicles on board by crane via the Admiralty Arm.

The Eastern Docks viewed from the Admiralty Arm with the following vessels, P&O’s Spirit of Britain alongside DFDS Cote des Dunes & Dover Seaway. 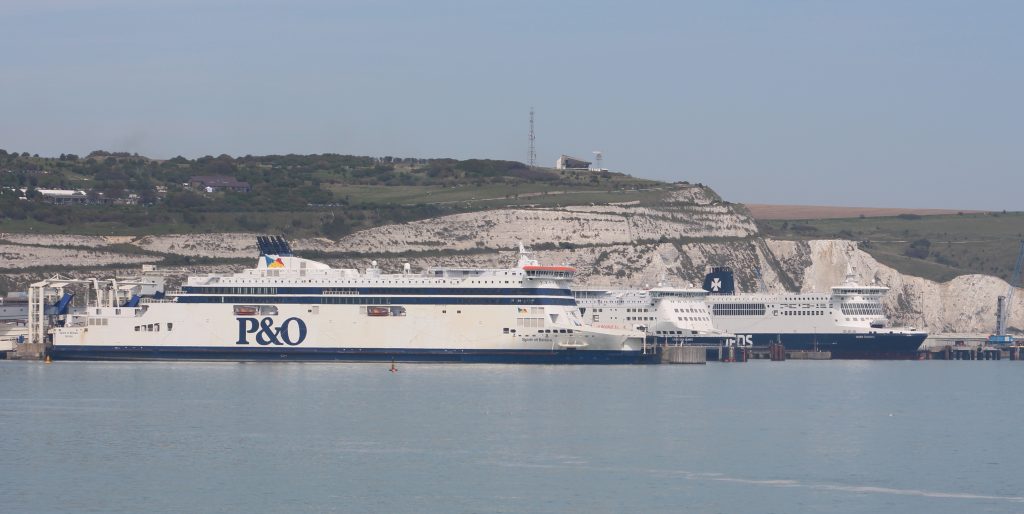 Currently (2017) the Western Docks Revival is underway with a most imaginative scheme, which is very exciting. In the past the Marine station was host to multiple Boat Trains including the Golden Arrow service and now serves the Cruise Industry. 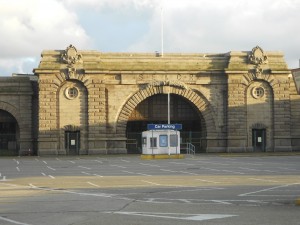 The facade of the South East & Chatham Railway Marine Station still shows the age of British pride.  Can almost smell the steam locomotives, just by looking at it. As a young teenager  and being interested in trains my mates and I would have a wander-ticket on the trains for a week traveling the South East collecting train numbers.  I have long since lost the note book, what would I do with the numbers? If only I had owned a camera to record all those steam trains that pulled into the Marine Station.  The excitement of the day was what locomotive would be  hauling the Golden Arrow often by either Iron Duke or William Shakespeare.  We would spend a day on the station recording all the locomotives handling the boat trains as they arrived, avoiding the Station Master who would see us as a nuisance & chase us off the station.  We got to know the footplate personnel on the shunter engines and managed a ride on the footplate for the length of the platform on one occasion, quite an achievement.  The station was magnificent and just a wonderful bustle as boats and trains came and went.

The pictures below were taken in February 2013 and painted a disappointing scene.  I understand it is now having a major refurbishment, which is excellent.  What about restoring the rail-link? 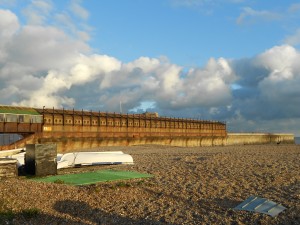 Today the Marine Station has no trackbed, which is a shame with the growth of the cruise vessels business and with HS 1 just up the line what a bonus it would have been for both tourist and travel industry had the infrastructure been retained.  London in an hour? It could lift Dover Harbour to another service level. With the new development, perhaps an opportunity missed? 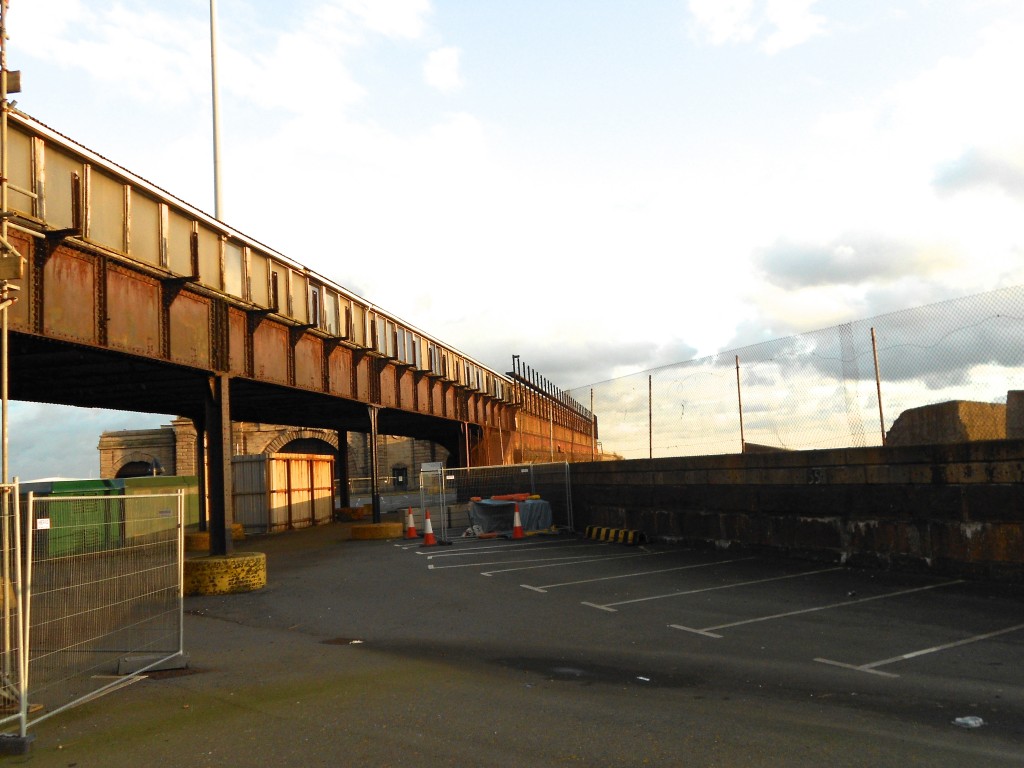 2016 and the covered walkway has had a makeover. 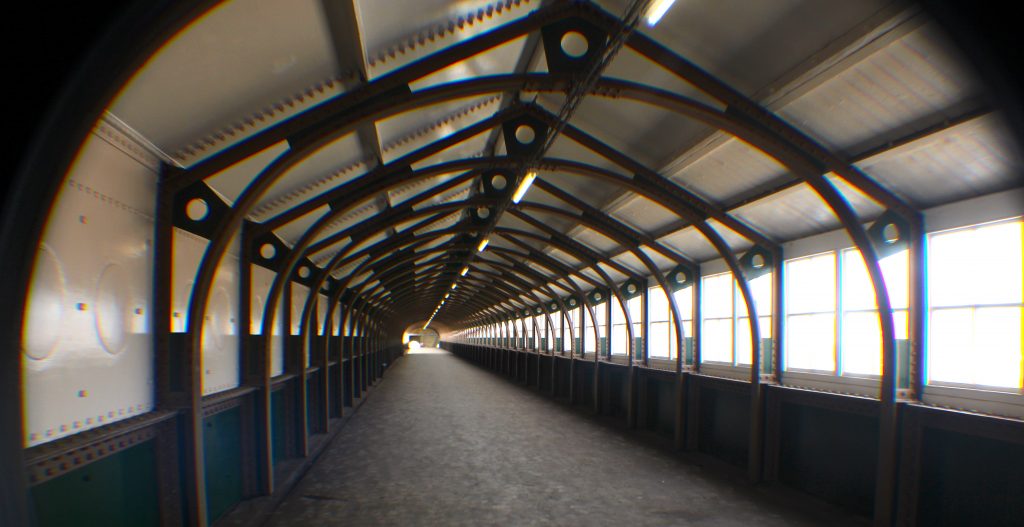 Cruise vessels now make a wonderful site. The Braemar is about to depart for Norway, March 2015. 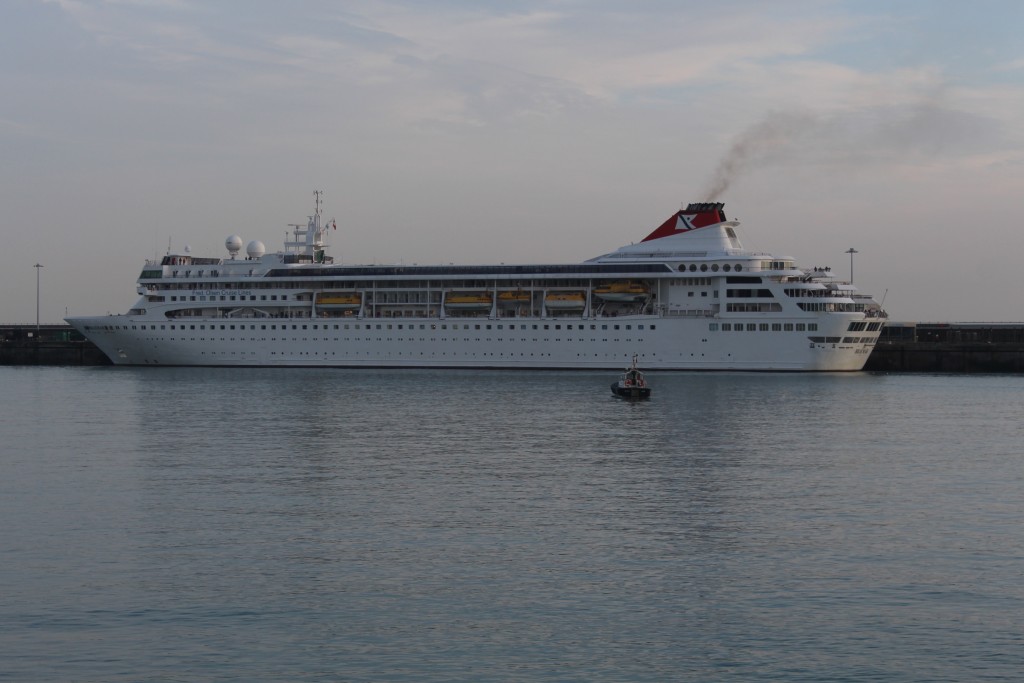 The old and the new, Premier Inn with a comfy bed and Castle fit for a King (Henry ll)