Kent being peninsular is almost an island and therefore the coast becomes an integral part of our history both in peace time and war.  All the Kent and Essex ports and harbours were supplied from the London Docks by Thames Barges (the equivalent of today’s articulated trucks), which were used to off-load cargos from the deep sea ships and distribute them around the smaller ports.  All now gone forever except for a few restored vessels.  Originally Thames Barges would have been sail only but latterly they were converted to engine for supplementary power.  Their carbon footprint was excellent. The crew was a man, a boy and a dog, the dog being useful for barking in foggy conditions alerting other vessels.  The picture  below is of the  Thames Barge Greta in full sail departing Ramsgate Harbour to join the Dunkirk Flotilla  commemorating the 75th anniversary of Operation Dynamo in May 2015, long may she keep sailing. 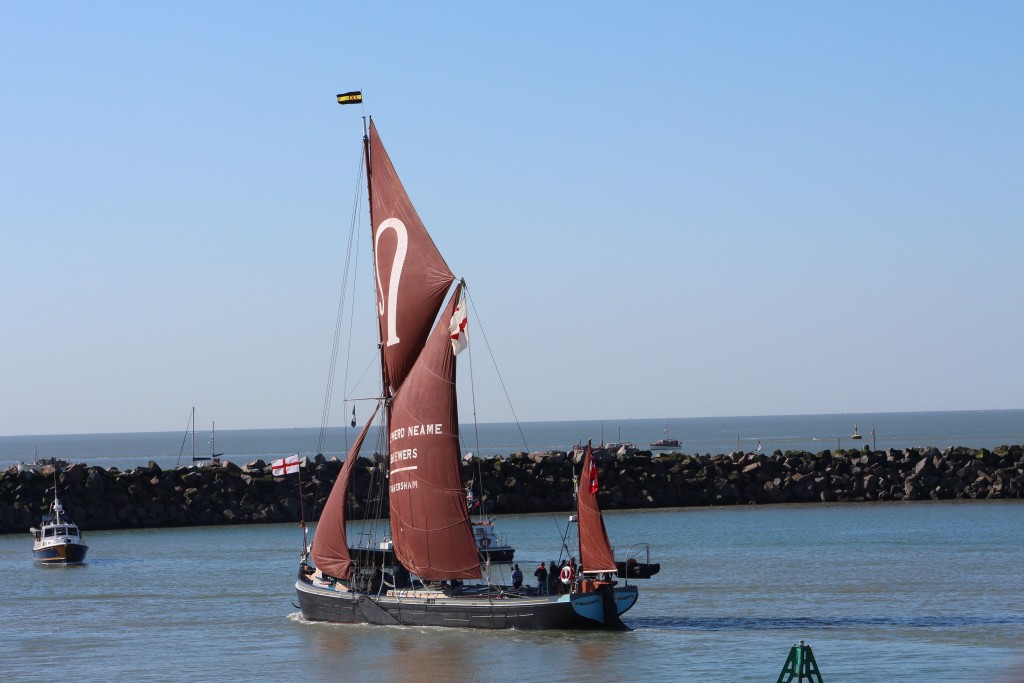 As the site develops, research is carried out and new and old photos are acquired each town will have it’s own dedicated page.  The following are the areas of particular interest. 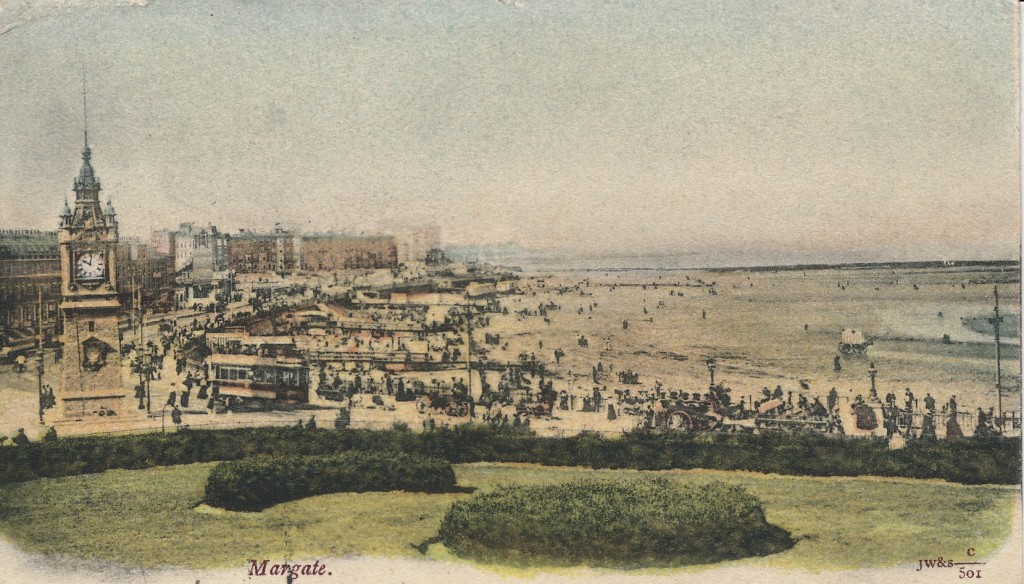 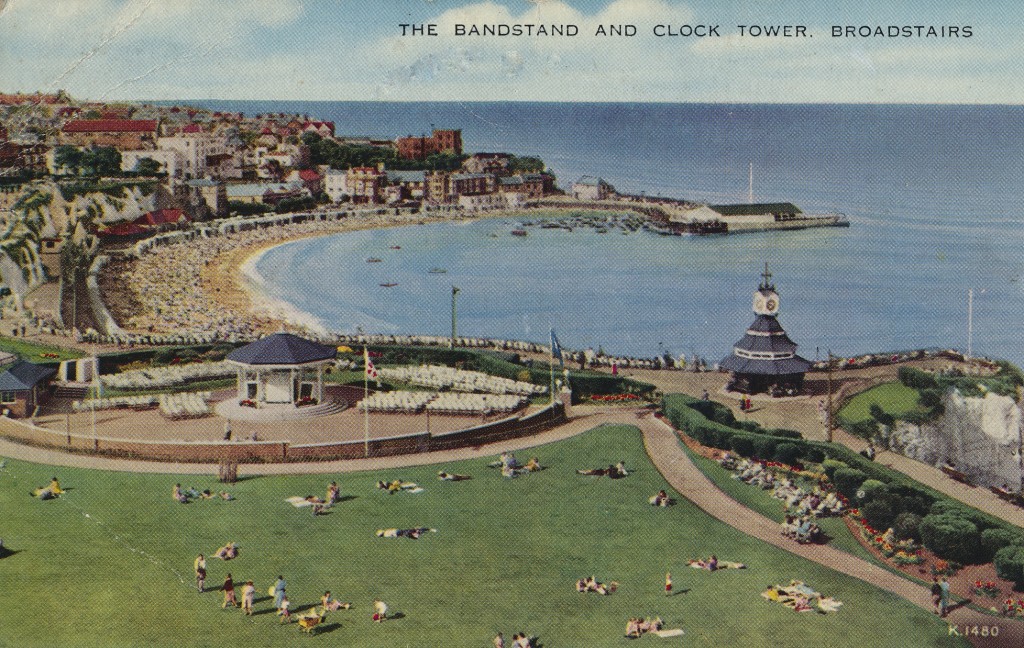 At the mouth of our River Stour it may not be appreciated how important this facility was.  In WW1 it was a major port of supply to the continent and can boast the very first Roll-on Roll-off Ferry facility.

Under research.  Photo below of Sandwich Town Quay. 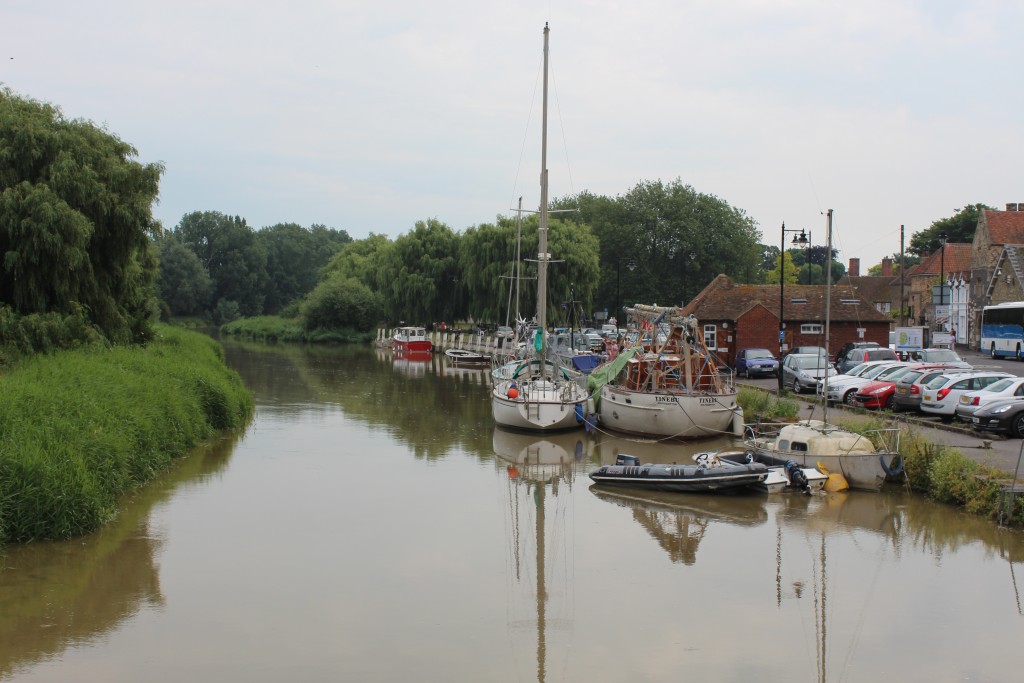 A port in Roman times, and under research

Although it cannot boast a harbour it has a pier and the Downs, which is between the shore, and the Goodwin Sands are to this day a refuge for shipping in bad weather.  Further information will follow as research develops. Beach launched Gary Ann at Deal. 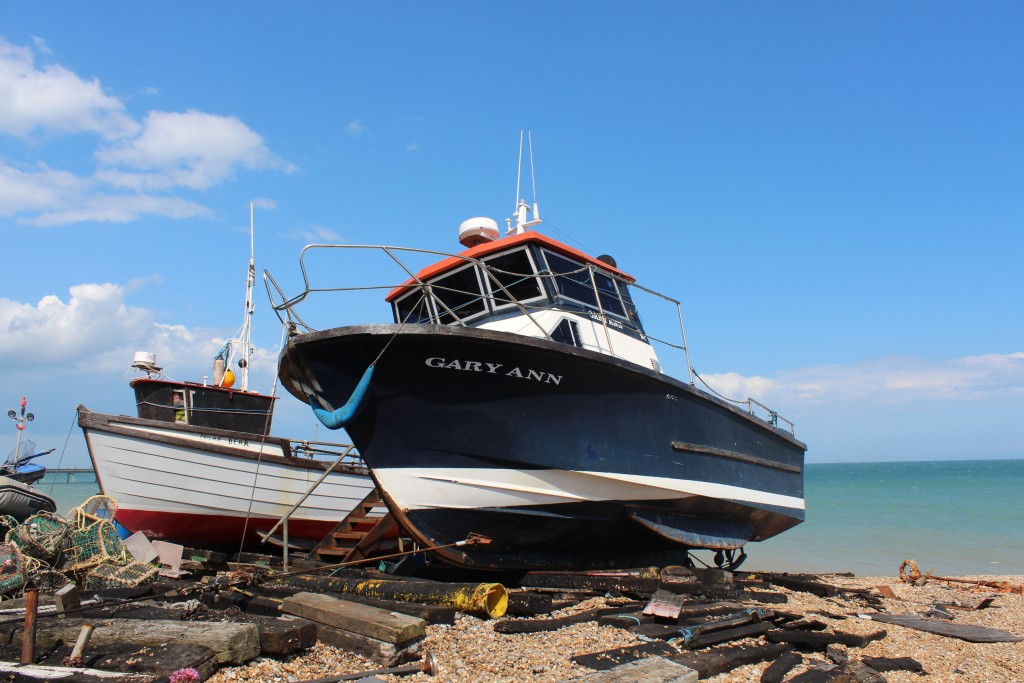 No port and no pier but beach launching and recovery are the name of the game here.  It can boast the Royal Military Canal, which was built between Hythe and Rye (Sussex) as a means of rapid movement of troops and supplies should our old friend Napoleon have invaded.  Martello Towers are very much in evidence, and again designed to keep the French out.  Another story to develop as research continues.